A Review of Kanye West's recent Album, Jesus is King, by Michael Bratun

Disclaimer: The opinions expressed in this article reflect those of the author and do not represent the university.

Before diving in, let us be clear…this is not a review of Kanye West as a Christian or a human being. This review of the album Jesus Is King will take a brief look at how this recent album release by Kayne compares to his previous albums. Additionally, we will look at how this gospel album will affect Christian music.

Before looking at the album itself we must acknowledge that a huge portion of why this album is getting so much notoriety is due to Kayne West’s personal conversion story that accompanies the album release. It is highly likely that without Kanye’s radical conversion the album itself would be just another solid hip hop album in the mix of the Christian Hip Hop genre. Artists such as Lecrae, Trip Lee and others have been producing fantastic projects that mirror the quality of the secular side of the industry while focusing squarely on God, the Christian lifestyle, and the issues that plague our society. However, due to the recent conversion and salvation of Kayne West, who was only a few short years ago professing himself to be God, his now open declaration of repentance and profession of Jesus as the one true King has understandably caught both Christians and non-believers off-guard. This recent conversion has anyone who has followed Kanye for years beginning to ask questions, wanting to know more of the this God that has seemingly transformed a formerly foul mouthed, eccentric artist to an artist who is solely focused on sharing the Gospel with the world. It has opened the door for a great many unbelievers to hear the message of Jesus’ death and resurrection and is an opportunity of significant magnitude for unchurched and non-believers to find Christ.

Alight…to the music. Limelight aside, there are many details of the album that are on par with Mr. West’s previous albums, which together won him over 20 GRAMMYs. Kanye is no stranger to exploring new territory and the first song on Jesus Is King begins with an energetic choir (known as the Sunday Service choir), continuing to show he will use any style to further the point he is wanting to make. For Kanye fans the second track, “Selah” stylistically likens back to his Yeezus album (2013), with intense drums. “Selah” takes the edge off some of the more bizarre sounds of Yeezus by utilizing church organs, the Sunday Service choir, and spoken word style verses. The next track “Follow God” is definitely a return to his hip hop roots, intricately weaving his tight knit rhythm and flow around vintage gospel sample and church organ vibes. Tracks like these are what we were all hoping for as we experienced the album for the first time. The combination of these first three tracks set a solid bar that was gaining momentum and building to a zenith that seemingly stalled with “Closed on Sundays.” Let’s be honest, I personally enjoy how silly and fun this track is to sing, coupled with the focus on following Jesus. However, critically the eccentricities of Kayne show through in this song, and from a review standpoint make even the most staunch Kanye fans sit back and go “is he for real?” Thankfully the next song returns from the detour and “On God” and the remainder of the album bring solid tracks. 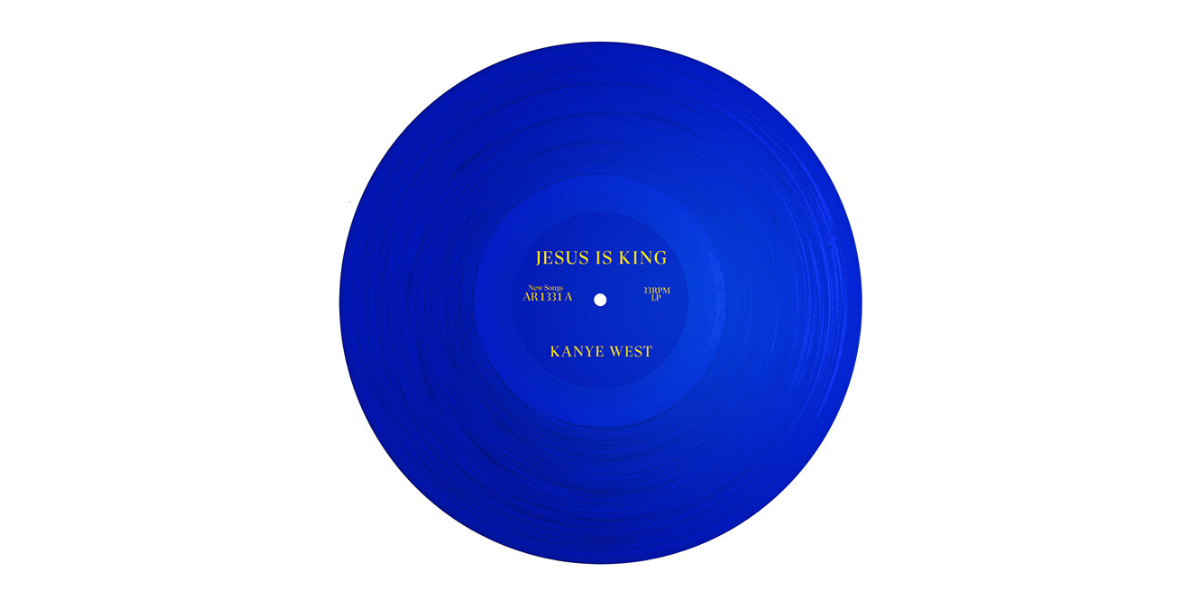 Jesus is King musically births the potential for an even greater shift in the sound of CCM (Contemporary Christian Music). While there are those attempting to break the mold of how CCM is structured, a large majority of Christian songs can be identified within the first few beats. So much of this genre is sonically the same. What Kanye brings to CCM is a secular approach to sounds, effects and instrumentation. A lack of fear for experimentation with the obscure coupled with a slight arrogance of not caring what people think give Kanye a potential edge that those who have been birthed within the CCM movement may not have.  This album may spark a new level of creativity in the CCM genre.

However, there seems to be a shift in Kayne’s music making process, giving way to a chaotic production that has led to multiple release dates being missed, deadlines being pushed off, and the last minute reworking of songs. This has led to much less than critical acclaim for Jesus Is King, much like Kayne’s prior release, Ye (released June 1, 2018). Both albums were criticized as highly underproduced and his weakest works to date. Many aspects of Jesus Is King felt rushed and frantic, and missing the calibre that made Kanye one of the better artists in the industry. Jesus is King missed multiple deadlines, failing to be released on time. This push off of multiple release dates was enough to leave even the most dedicated fan weary of what appears to be the new norm of his disorderly music-making process.

On a personal note, I love that Kanye has released an album which the Christian listener can enjoy. While some lyrics in this album reflect Kanye’s newness as a Christian, most of the songs are squarely based on the Gospel of Jesus Christ. Admittedly in the past when his songs became vulgar and blasphemous, this pastor stopped listening to Mr. West altogether. Jesus is King is definitely a great listen, a welcome shift and a wonderful testament the transformation God’s love holds for any life. While we pray, watch and wait for the longevity of Mr. West’s walk with Christ we can enjoy these initial fruits of a great hip hop album full of God glorifying lyrics bereft of the filth of the world.

Michael Bratun
Michael Bratun is an Adjunct Professor of Worship Arts & Media at Life Pacific University. He also serves as Pastor of Worship and Creative Arts at The Connection Church in Lake Forest, California.