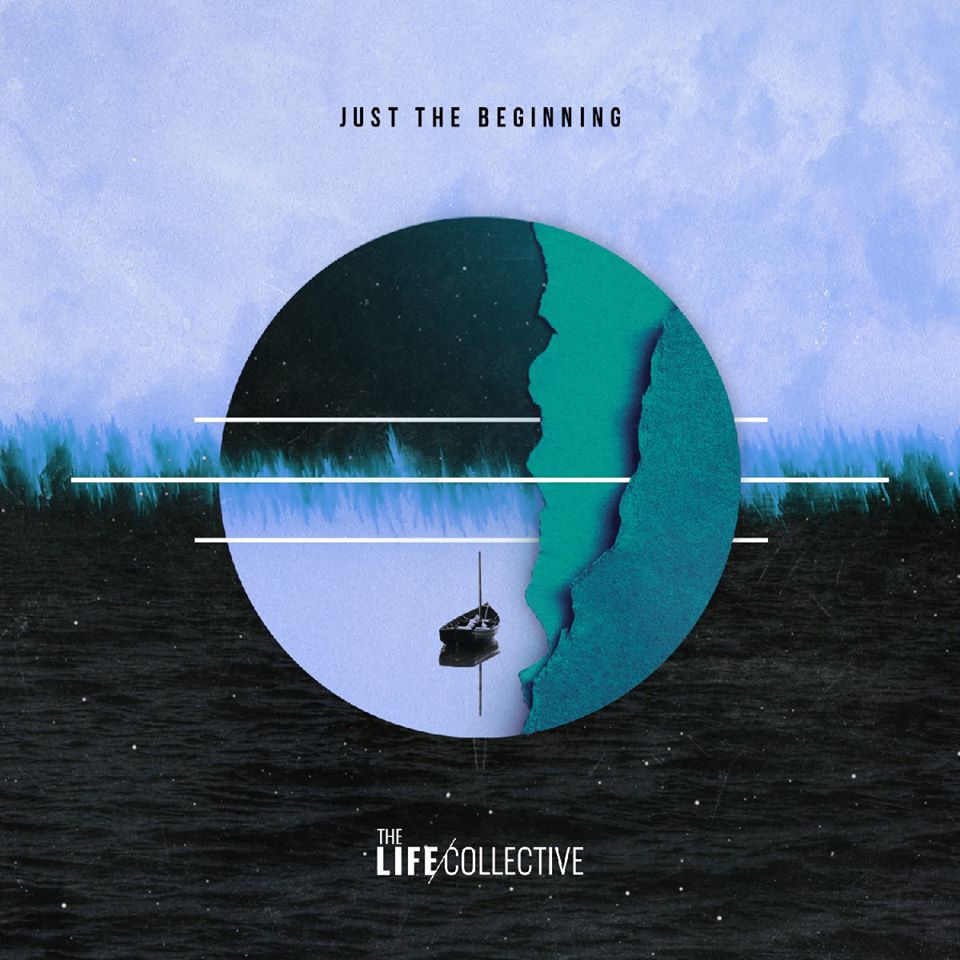 Songwriters and performers of Just the Beginning share personal connections with music that they hope will inspire and bring hope to listeners around the world.

Ask anyone who worked on the latest The LIFE Collective release and they will tell you the 11 songs on the new album represent more than merely a collection of music. Just the Beginning, represents their story, God’s plan, and our future.

“We hoped this release would bring joy to listeners during a time of uncertainty and waiting,” says LPU freshman and studio bassist Alex Villavicencio referencing the COVID-19 pandemic and unprecedented global anxiety. “We wanted to really be a signal of hope and peace in the midst of the chaos while reminding people that God is in control, and will be in control of what is next.”

“Fortunately, we worked really hard and had all the main recording complete in early March before the coronavirus hit hard,” Worship Arts and Media (WAM) Program Chair Steven Felix-Jager says. WAM students and faculty hope the music on this album will minister to those who hear it, but also appreciate the opportunity to grow as musicians and develop their skills for Christ’s kingdom now and in the future.

The LIFE Collective is an expression of the relatively new WAM program at LPU focused on developing talented and skilled worship leaders as well as encouraging authentic worship experiences for the LPU community. “It was great to work with all the talented students and professors, and we're stoked to be able to establish a true culture of worship at LPU, one that is not derivative, but unique to our own community,” Dr. Felix-Jager says.

Johnny Dickerson-Knox, cowrote the song “On Time” with professor and LPU alum Mike Gerbrandt and performed it on the recording with senior Ben Placide. The song speaks about how people work hard to carve out our own path in life and the humble reality that comes when we learn to fully rely on God for our future. Ultimately, Johnny says, the song is about a realization that God’s timing is better for us than our own.

LPU senior Ben Placide also finds a personal connection with the music on Just the Beginning. He says God has used music to help him through family loss, changes in life, and nights when he felt alone. “Music allows me to be most vulnerable with God,” Ben says. “Music has also been a way that God has reminded me of who I am in Him.”

The song “Amen,” that Ben composed, began with a chord progression with an “ear-catching groove” to it. With affirmation from his professor, Ben spent a couple of weeks writing the lyrics as he let the melody develop, listening to the chords and “trying to feel what the progression was asking for.” In the end, Ben says the lyrics for “Amen” flowed naturally once he asked the question: “If I was in a very Pentecostal church, why would people say Amen?"

Johnny and Steven co-wrote the song “Yesterday, Today, and Forever” with lyrics adapted from Hebrews 13:8, a verse prominently posted in Foursquare churches. To Johnny, the lyrics paint a “narrative about generations upon generations of God's people sounding His praise. That narrative comes forth because if God is good, and He remains that way infinitely throughout time, then for the same amount of time He is worthy to be praised,” he says.

Life Pacific University has a rich heritage of original music composition. “We feel as if we are picking up the tradition that was part and parcel to Foursquare's heritage with Aimee Semple McPherson, Jack Hayford, and LIFE alum Andraé Crouch,” Steven says.

Ben believes that the release of Just the Beginning accurately depicts not only The LIFE Collective and the WAM program, but LPU as a whole. “I think it also showcases the journey I have had these past four years while the school has gone through many changes, some that were hard, but all that were for the better,” Ben says. Even as he graduates this year, Ben has high hopes for the program adding that “its only going to get better and be stronger. I’m excited to say that I have been part of it.”

“Stay tuned for more original music,” Steven adds. “Share this music with others, and help LPU get known. Then, let us know how Life Pacific University can become a resource for your local church.”

Just the Beginning is available on every major streaming source including Spotify, Apple Music, and iTunes.