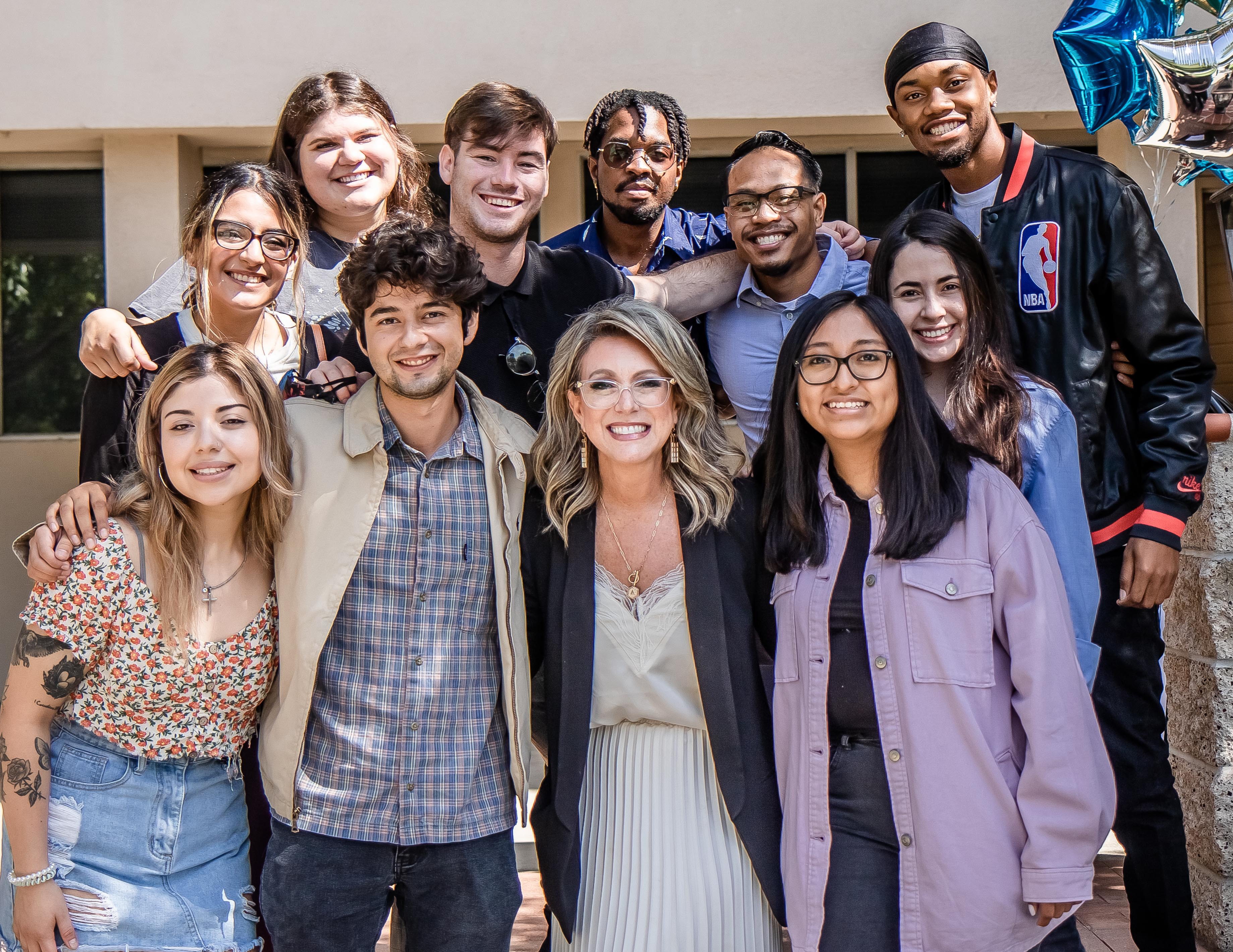 On September 9, 2021, the Office of the President and Office of Advancement and Alumni Relations gathered with students whom donors helped rescue from not being able to return to campus this semester. It was a beautiful time of connection to reflect on God's purpose and calling on their lives, solidified by incredible acts of generosity.

In August, just weeks before the start of the semester, President Richey issued an urgent call to a small group of alumni and friends to help 29 students who were in danger of not being able to return for the fall semester because of financial obstacles. More than $99,000 was raised in a matter of days, and a generation of students who thought they would have to cut their educational journey short began the year thanking God for making a way for them.

International student, Jessica Acosta, shared that her unbelieving parents were thanking the Lord for the way He has taken care of Jessica after receiving the exciting news of her scholarship. Worship Arts & Media major Isaiah Bolton was rejoicing with his friend Samuel N'Gotta after Samuel received news of this unexpected financial support, only to receive his own announcement just minutes later that his debt had also been canceled.

Executive Director of Development, Lynnette Lozoya, said, "What a blessing to see students' faces light up when they realize that a person they've never met gave a gift to help them pursue their dream! Thank you to our donors who showed in a deeply tangible way to each student that they matter and they're worthy of receiving this outpouring of support."